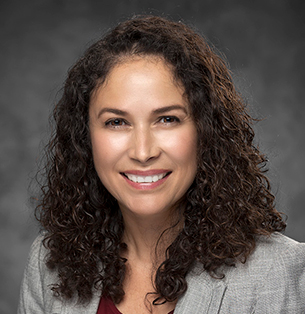 Born in Torrance, CA after her mother arrived 8 months pregnant from Mexico along with 8 of her older siblings. After growing up in Carson, CA, Maria Ortiz earned her Bachelor Degree in Mechanical Engineering from the University of California, Irvine. She also has a Program Management Certificate from UCLA. She is a wife and a mother of four with three adult children and a teenager. She enjoys spending quality family time with the entire family whenever possible. One of the family’s common interests is traveling to different locations and hiking, observing nature or relaxing near a beach.
In her professional life she has been involved in the designing, building and testing the propulsion portion of commercial satellites. In addition, she has been part of the mission team to send 30 plus satellites to their orbit around the Earth. In one of her most recent positions, she was Program Manager at a propellant tank supplier for satellites and other space vehicles for European and US customers such as NASA.
Her volunteering endeavors highlight her love to help others. She has been part of several panels to talk to young adults and encourage them to pursue a STEM related field by learning and staying in school, as well as staying in school to pursue other passions. In addition, she has been part of career fairs at middle schools and colleges. Most recently, she is actively mentoring through the non-profit organization, BRDG to connect where she assists college juniors in their pursuit of a summer internship, also providing letters of recommendation and helping them with soft skills. She has volunteered with School on Wheels (SOW), which provides a mentor to lower income students. Maria has earned the Presidential Volunteer award through SOW.
Maria has been part of Society of Hispanic Engineers (SHPE) as a network activity as well as another avenue to visit elementary and other schools to talk about Engineering and how they can too become Engineers.