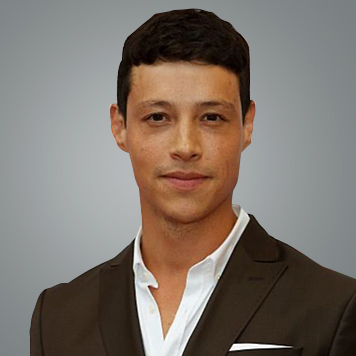 Reynaldo Pacheco has quickly become the most recent and promising Latin star in Hollywood. He is currently filming “Los Leones” with international star Ozuna – (Lionsgate / Caribbean Cinemas).
In November 2019 the epic movie “Fuertes” premieres.
He is in pre-production for the Biography of the communist singer Nilo Soruco. – (Internet press)

Pacheco has received massive critical acclaim for his touching breakthrough role in “Our Brand Is Crisis”, starring opposite Sandra Bullock and Billy Bob Thornton; produced by George Clooney and Warner Brothers. Reynaldo’s past credits include a lead role in “Without Men”, opposite Eva Longoria, Kate del Castillo, and Judy Reyes. He also starred in “The Man Who Shook the Hand of Vicente Fernandez” opposite the legendary Academy Award winner Ernest Borgnine, and had a supporting role in “Beginners”, opposite Ewan McGregor and Christopher Plummer in Plummer’s Academy Award-winning performance.

Reynaldo Pacheco is the founder of the renowned Hollywood Academy of Performing Arts and co-founder of the non-profit production company Changing Stories.